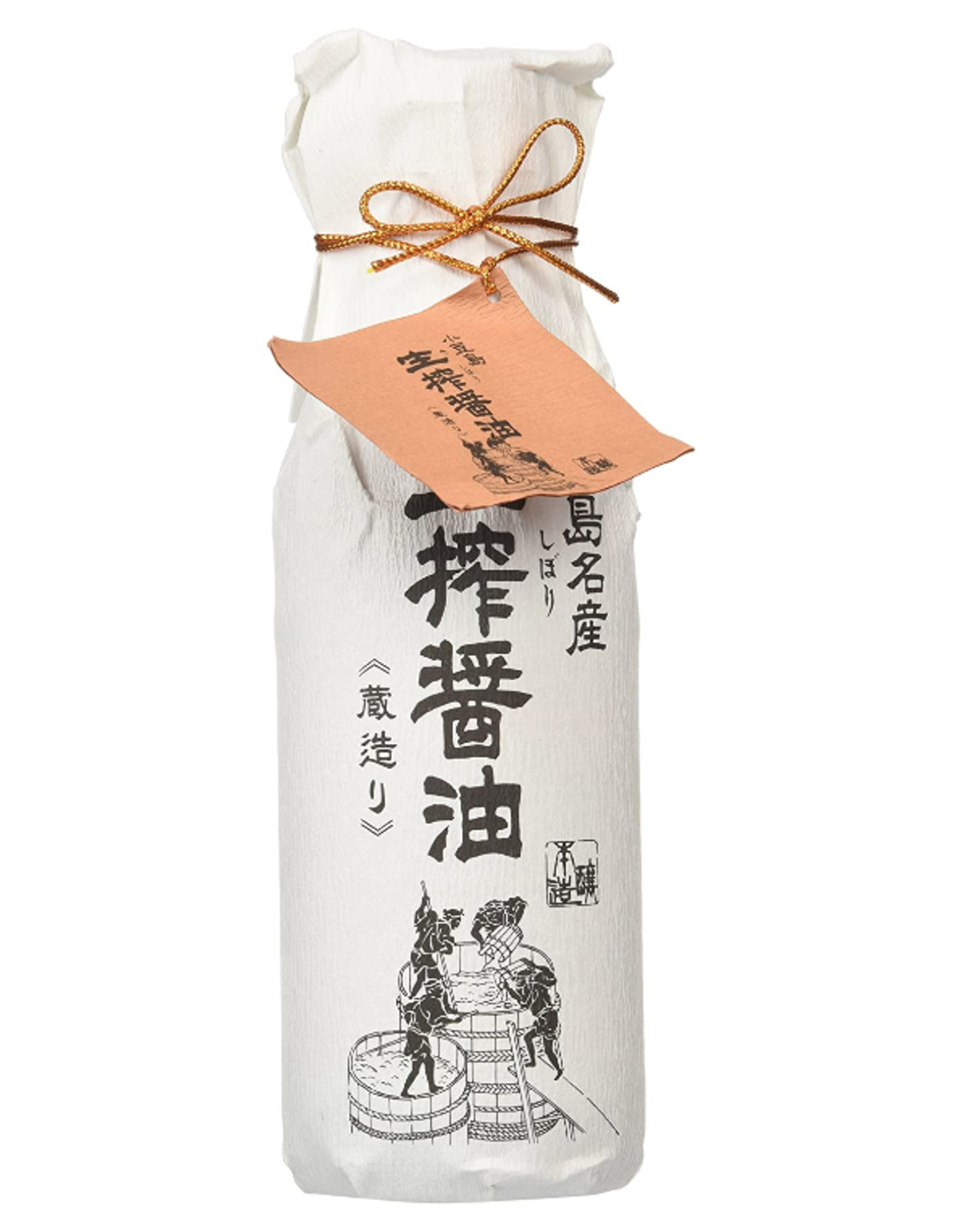 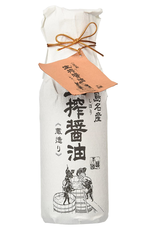 Kishibori Shoyu is an artisanal soy sauce made by Takesan Company, located on the small island of Shodoshima in the Seto Inland Sea, between the main Japanese island of Honshu and neighboring Shikoku. This soy sauce is made from high quality whole soybeans, wheat and sun dried sea salt. It is best enjoyed raw, but can also be used in cooking applications. Steamed soybeans, toasted wheat, salt, mineral water and koji are left to ferment in old cider barrels for one year. The barrels themselves are very well seasoned and have been in use for over 100 years. The mild winters in the region (the temperature does not go below 50F) encourage active fermentation throughout the year. This slow fermentation process results in the production of a very large number of complex organic acids. These components contribute to the umami and depth of flavors. Unlike mass-produced, main-stream soy sauce, this shoyu is not treated with additional alcohol or preservatives, and is not adulterated by any additives. The filtered product is only pasteurized and then bottled. Takesan Company was established in early 20th century by Yoshiji Takebe. Shodoshima, where the company is located, is a 60 square mile island. It is the second largest of the more than 700 islands in Japan's Seto Inland Sea. Since the 14th century the Seto Inland area has prospered as a salt producing region and many soy sauce brewers began production there in the 17th century using the island's high quality sea salt. Shodoshima today is the fourth largest soy sauce production region in Japan, with over 30 breweries on the island.

Add your review
0 stars based on 0 reviews